Lessons From The Past: Archaeology, Anthropology and the Future of Food 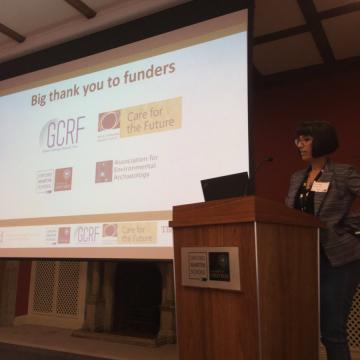 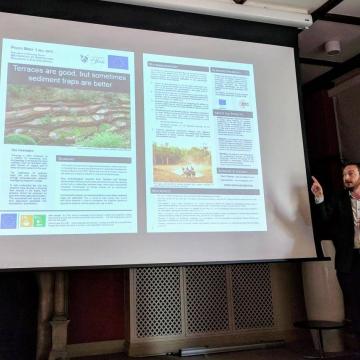 Lessons from the past: Archaeology, Anthropology and the Future of Food conference

The Oxford Martin Future of Food Programme and The British Museum hosted a one day Conference on the 23rd August 2018, Oxford Martin School, Oxford

The challenge of feeding an ever increasing population requires a whole food systems approach to agricultural and food security research, in order to deliver productive, resilient and sustainable food and farming. The environmental challenges posed by agriculture are huge, contributing to greenhouse gas emissions, localised pollution, and water, forest, land and biodiversity loss. Conversely, climate change, water scarcity, rising global temperatures, and extreme weather will also have severe long-term effects on agricultural production. Archaeological, historical, and anthropological research are all underdeveloped resources in modern agricultural sustainability studies, but are tools well-suited to investigating food security and agricultural development over time under different challenges.

The interdisciplinary speakers examined this issue from a number of different perspectives. The day kicked off with Dr John Ingram, ECI, University of Oxford, looking at the evolution of the food system and how the fundamental aspects have not differed greatly from those early agrarian-based systems. John highlighted the need to look at the food system as a whole in order to understand why and how the actors, activities and outcomes changed and the lessons that these insights can bring for the future. Following on Dr Philippa Ryan from the British Museum and co-organiser of the day discussed her ethnographic work in Sudan looking at crop choices through time.  In particular, Philippa pointed out that although many of the current ‘minor’ crops have less market value, they are more low-input, arid and heat tolerant, and ‘risk-free’ than the newer cash crops,and  also that their history in the archaeological record suggests their suitability to regional environmental conditions. She then spoke about  the creation and distribution of a community orientated book as part of her AHRC GCRF project ‘Nubian traditional knowledge and agricultural resilience’.  Also working in Africa, Dr Daryl Stump, University of York, provided an important example of how archaeology can have a role in sustainability assessments by looking at land use through time.

Prof Naomi Sykes, University of Exeter, spoke about two AHRC funded projects ‘Cultural and Scientific Perceptions of Human-Chicken Interactions’ and ‘Going Places: Empowering women, enhancing heritage and increasing chicken production in Ethiopia’. These projects looked at the evolution of the chicken to better understand its role in modern sustainability in Africa, especially in relation to women’s livelihoods. Our final speaker for the morning was William Rubel who provided an interesting perspective on the preference for Triticum aestivum sp. aestivumthrough history and its dominance in our food system today.

After a delicious lunch at Balliol College the day continued with a series of papers looking at how the domestication, spread and genetics of crops can help us increase crop diversity, genetic variability and assist in breeding crop resilience to climate change. In particular, Dr Diane Lister, University of Cambridge, focused on her work on barley and its environmental resilience, Dr Pablo Muñoz-Rodríguez, University of Oxford, highlighted the genetic history of the sweet potato and how this will contribute towards breeding programmes and finally Dr Harriet Hunt and Dr Marta Krzyzanska, University of Cambridge, explored the underutilised crop buckwheat and how its increased exploitation could benefit global food security challenges.

Dr Jed Kaplan, University of Oxford, started the final session by looking at methods to map changing land use systems in Africa and how we can use this information to inform a quantitative land use model, and investigate the sensitivity of past societies to climate variability and change given assumptions about diet and other aspects of subsistence livelihood. Following on from this Dr Juan José García-Granero, University of Oxford, presented work assessing long-term agricultural practices and how the re-instatement of millet and the use of traditional water storage mechanisms seem to be the best alternative for palliating ecological degradation in this and other semi-arid regions worldwide, rather than continuing the production of high water demanding cash crops such as cotton and wheat.

The day closed with Prof. Dorian Fuller who presented a long term view on the worlds lost and orphaned crops and how crop diversity is an important resilience measure in any agricultural system. Farmers for millennia have been experimenting with different crops, varieties and cropping systems, but little of that informs modern research or agricultural planning. Archaeobotany is therefore an important tool to broaden thinking about agricultural research for the present and future.

This conference was a great day that brought together leading researchers and practitioners to present and discuss the most recent innovations, trends, and concerns as well as practical challenges encountered and solutions adopted in the field of global food security. We saw that through the study of subsistence systems from the ancient past through to the last century can provide insight into future agricultural resilience by exploring the role, value and cultivation of local food crops in parts of the world where dramatic changes are seen. Local information about changing agrobiodiversity and long-term regional crop histories can add essential value and context to debates concerning future agricultural strategies and interventions, especially around new crop introductions or utilising ‘forgotten’ or increasingly underused cereals and pulses.

Many thanks to the Oxford Martin School Programme on the Future of Food, the Arts and Humantities Research Council, the Global Challenges Research Fund and the Association for Environmental Archaeology for their financial support.