A cynic's guide to animal liberation: meat alternatives, techno-pragmatism, and the politics of market-based social change 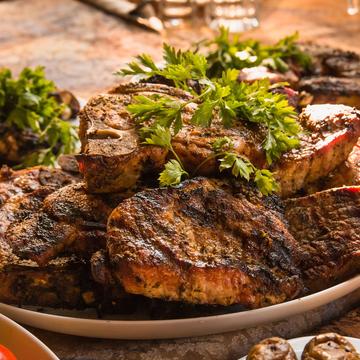 A cynic's guide to animal liberation: meat alternatives, techno-pragmatism, and the politics of market-based social change

Despite overwhelming proof of the ethically, ecologically, and politically problematic nature of industrial animal agriculture – and despite the ongoing efforts of animal rights activists, environmental NGOs, scholars, and scientists to critique this industry – the global public’s appetite for meat continues to grow.

In the United States alone, 10 billion animals will be killed for food this year and the average American will eat approximately 220 pounds of meat. In this context, the most promising weapon against factory farming has emerged from the private sector. Plant-based meat and milk alternatives have made massive strides in the market, and not-yet-released cellular agriculture products promise to replace conventional meat with a biologically identical analogue. This talk, taking a cynical-pragmatist view of social change, suggests that capitalism offers unique opportunities for ethically and ecologically desirable disruptive action: a “progressive Schumpeterianism” whereby large-scale change in public behaviour can be achieved through the development of alternative forms of production.

Rather than simply an endorsement of techno-utopian futurism or green capitalism, this talk offers the argument that intervening in modes of production and consumption must be seen as inherently political. In doing so, it also traces the synergies and schisms between traditional animal rights activism and market-based solutions, pointing out how new food technologies both rely on and capitalize on the work of social movements. This talk concludes with suggestions for how new food technology might be pulled toward achieving food justice and “food tech justice” in the coming age of food animal obsolescence.

This talk is organised by the LEAP programme.